I found this today, on Buzzfeed (click on the pic to read the article): ‘No, Seriously, This Guy Is Holding A “You Deserve Rape” Sign’

For a bit of context: “A University of Arizona student [Dean Saxton] sparked outrage Tuesday by holding up a sign reading, “You Deserve Rape” and preaching that women who dress like “whores” bring rape upon themselves in protest to a sexual assault awareness event being held that night.” – Buzzfeed.com

The awareness event in question was “Reclaim the Night“. In a nutshell, this event is a brilliant movement of Women reclaiming their right to safety on the streets, protesting against the idea that they should feel scared and intimidated to go out at night.

Back to the picture in question… It is quite hard for one to explain how they feel about such an image. The first words that sprung to my mind were ‘angry’, ‘upset’ but also, unfortunately, ‘not surprised’. Many of the arguments about gender equality are pretty self explanatory and obvious in this context, however, I think a few points specific points need to made here.

Firstly, this is a universal attack. Not only is this image/campaign an attack  on Women, but it is also insinuating that Men believe that they have the right to rape based on the actions of the Woman. Furthermore, this is an implicit attack on Male character, assuming that men are unable to control their sexual capacity. In a patriarchal society that dictates how Women should act/dress, surely these are indications of a repression? What is even worse, is that it doesn’t even take into account the real reasons for rape. Most of the time, it isn’t even about Sex, but about assertion of male dominance, a struggle for power and issues that are a whole different “kettle of fish”.

Secondly, after reading one of the passages from Saxton’s blog, it occurred to me that this Christian extremist is mixing up two very different issues – That of Rape and Sexual Violence, and that of Sexual Liberation. He refers to the American Greek-life culture as a “whoredom” where young men and women are committing “sins” however this is an ENTIRELY DIFFERENT ISSUE about sexual behaviour, and more specifically, college culture for young people.  This isn’t an issue about men criminally forcing sex onto dis-consenting Women.  Yes, I agree that there can be some overlap in these environments whereby peer pressure and intoxicants can blur the lines of consent, however, this is not Saxton’s arguement. He is insinuating that if a woman engages in pre-marital sex, than it is inevitable that men may want to rape her – this is a disgusting belief and one similar to the justifications made by the Dehli gang-rapists for the crimes against their 19 year-old victim.

Thirdly, I will make a point regarding “issue-overlap”. As with many extreme views, single prejudices against gender, sexuality, race, religion, class do not really exist. These factors are interlocked and have been throughout history. The only difference in the 21st Century, is the increasing voice that minority groups have in the globalised era. Saxton states that “fat lesbians will get raped”, putting them in the same camp as Feminists and whores. Why is it that one’s weight and sexuality determines whether they get raped? Does your own prejudice permit you to believe that those different to you deserve to be subject to the worst forms of violence? Where does this end? Do other religious groups deserve this same fate?

Lastly, I would just like to express how unfortunate it is that these views are being expressed in today’s world, and worse, that free speech protects these views. All types of inequality stem from extremist views such as the ones held by the man who produced this image. More to the point, he is arguing that rape is okay and his university paper saw it fit to publish it. This view has no place in a publication and no place in any society. 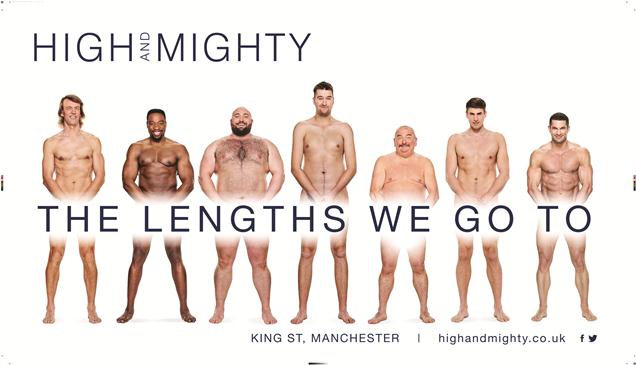 I came across this image a year or so ago and it really impressed me with it’s relevance and it’s brilliant marketing. (Whether you are pro-life or pro-choice, i’m sure you can appreciate this? )

Also on that note, using the terms “pro-life” and “pro-choice” surely has pre-implied connotations about negative and positive, such that “pro-life” sounds like the “positive” phrase and therefore giving that argument a bias? Just a general point on language in debate.

p.s. Still can’t find who originally said this/whose campaign included this so information would be much appreciated!

Click on the picture to discover what GiveMeTap are about!

An anthropologist proposed a game to the kids in an African tribe. He put a basket full of fruit near a tree and told the kids that who ever got there first won the sweet fruits. When he told them to run they all took each others hands and ran together, then sat together enjoying their treats. When he asked them why they had run like that as one could have had all the fruits for himself they said: ”UBUNTU, how can one of us be happy if all the other ones are sad?”

‘UBUNTU’ in the Xhosa culture means: “I am because we are”

We are taught in the West to look after ourselves and that it is a “dogeatdog” world. Ideologies matter!